The AMS 1073DPD, two of our world-famous Class A Neve 1073 microphone pre-amplifiers with flexible 192kHz digital output capabilities for recording environments in a single rack.

This classic design is the consummate mic pre for capturing vocals and musical instruments, with the added convenience of direct output to hard disk recorders or computers, thanks to ultra high-quality Neve-designed analogue-to-digital converters.

For those who don't already know its legacy, the big, punchy sound of the mic 1073 preamp compliments any musical genre, from rock to pop, hip-hop to rap, thrash to classical. Its lush sound with classic Neve signature makes it the consummate mic pre for recording vocals, guitars, and acoustic instruments of all descriptions. Like all Neve studio products, the 1073DPD is hand-crafted and hand-wired by Neve's dedicated professionals in Burnley, England.

With the 1073DPD, two Neve 1073 mic preamplifiers are complemented by superb Neve-designed analogue-to-digital converters that can capture a performance in any required format. In addition to Neve's famous Class A analogue outputs are a series of digital options, including all standard PCM sampling rates up to 192kHz, selectable via convenient front-panel controls. A unique feature is the Neve DSD (Direct Stream Digital) output, providing unsurpassed quality beyond PCM technology.

Despite its power, the 1073DPD is remarkably simple to operate. Two rear-panel Mic inputs and Line inputs feed dual Class A gain stages, with adjustable Gain control and selectable 48V available on the Mic inputs. Class A analogue outputs in XLR format are also found on the rear panel, controlled via adjustable front-panel Trim control, +/-10dB. Analogue insert points are provided ahead of the A/D converters, so that the classic Neve output sound is captured in full.

Originally fitted to the custom console for Wessex A88, the 1073 module was used extensively during the 1970s on the Neve Consoles that helped define recording techniques for a generation of classic records. The Neve 1073 is the most sought after, and most copied microphone preamplifier in the world. It is small wonder that when asked which one piece of audio gear they could not live without, more professionals chose the Neve 1073 than any other single item.

Write a review about the AMS Neve 1073 DPD 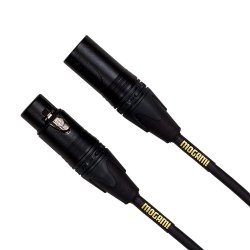