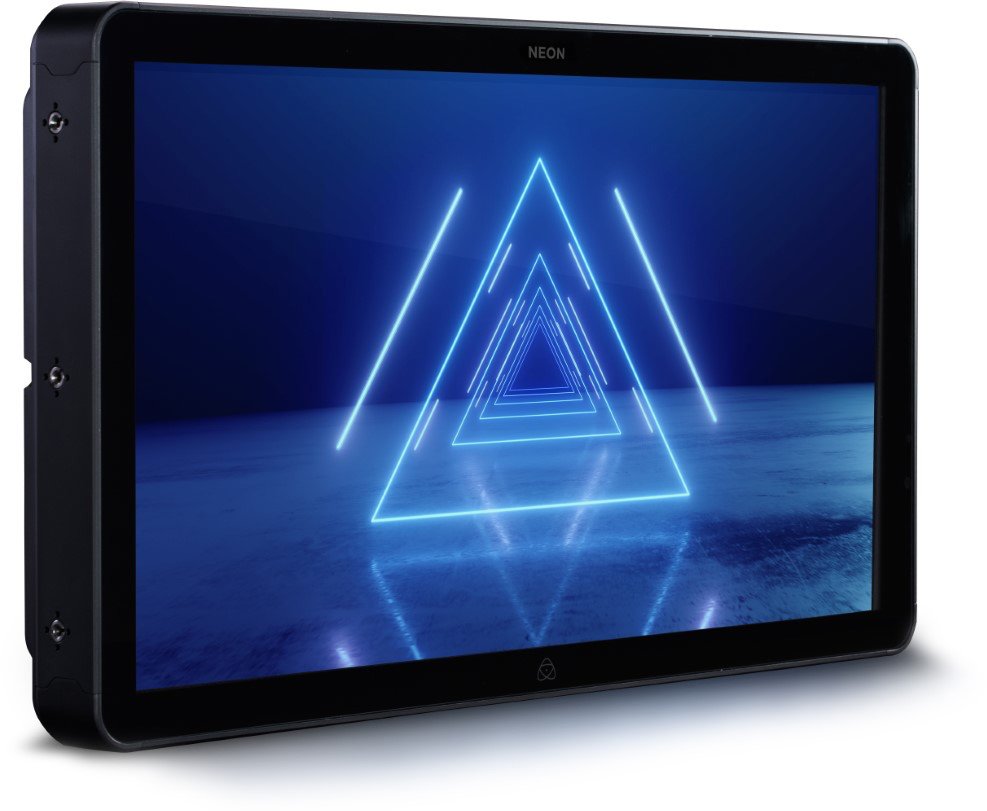 The Atomos Neon 31'', 4K HDR Monitor/Recorder is a complement to the other Atomos products such as the Shinobi SDI, Ninja V, Shogun 7 and Sumo 19

Neon allows you the flexibility of utilizing your Atomos on low budget productions with HDMI 10-bit uncompressed video cameras, right up to 12G-SDI 12-Bit, 4Kp60 RAW from the best cinema cameras in the world.

The Atomos field monitor ecosystem is an online powerhouse and offline workhorse to speed up the time from idea to final exhibition. Directors and cinematographers can record online quality of ProRes RAW recording at the same time integrating into the ARRI workflows. This brings cinema production at the fraction of the cost of current approaches where HDR monitoring varies from crew member to crew member. Atomos brings certainty of the recorded image from camera operators, focus pullers, to make up and sound recordists, to editors and color graders. Directors can tag takes while reviewing footage on-set which the Editor can pick up after importing into an NLE, and can be confident that what they saw on-set will look the same when they get to the edit suite. A Dolby Vision compatible monitor can be also reviewed when output from a Neon to allow directors and producers to see a shot as it would be viewed in the living room of their audience.

Alternatively, directors can record at a lower bitrate offline quality on a Neon to record over 20hrs of footage in Prores/DNx/H.265 on an SSD (while the ARRI is recording online quality). This gives the Director to enough integrity to check shots at after each take, or to do quick test edits on-set which avoids expensive re-shoots.

Write a review about the Atomos Neon 31