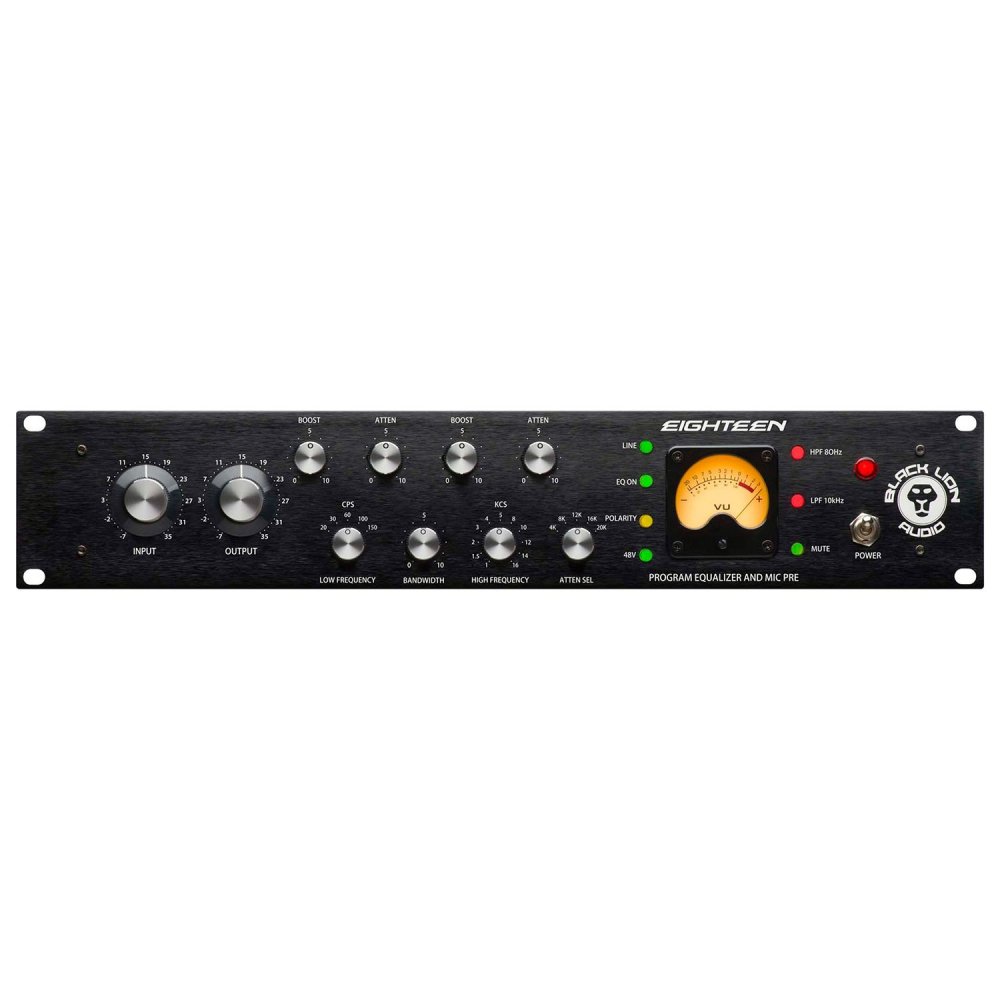 Mic preamp with Cinemag transformers and two BLA1831 discrete op-amps, as well as a passive program EQ with a custom Cinemag inductor

Black Lion Audio's Eighteen starts with a vintage-inspired preamplifier - providing a creamy, yet punchy response. They topped that off with a passive induction-based program equalizer and output controls for pushing the analog stages to pure overdriven-bliss that's still safe for your convertors and DAW.

Eighteen's preamplifier circuit isn't just another clone, but an homage built to pay proper tribute to some of the most classic designs ever made. That's why Black Lion created the BLA1831: a customized, discrete op-amp created through an extensive period of component testing - creating great vintage tone, while still matching a noise floor that's akin to modern equipment.

Eighteen packs an impressive, original passive inductor-based equalizer that you're sure to love - featuring a custom Cinemag inductor made just for Eighteen! The results are amazing; a quiet, and ultra-flexible equalizer that packs all of the vibe of your favorite program-style EQ's.

Eighteen's features don't stop there: it also features a custom-wound Cinemag transformer for the output, as well as output gain control for pushing the unit into pure overdriven-bliss. Black Lion Audio designed, engineered, assembles, and tests each unit by hand in the USA.