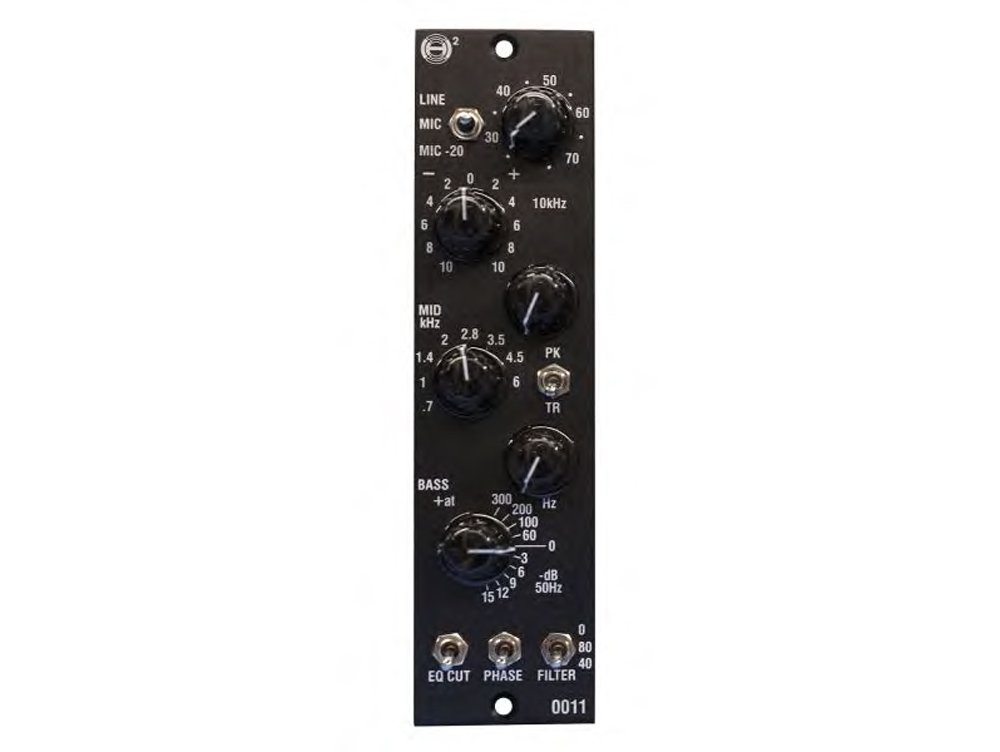 H2 Audio is reviving a piece of studio history with the introduction of the H2 Audio Helios 0011 Mic Pre and 3-Band EQ. The much sought-after Helios channel module has finally returned and is ready to conjure the same magic it did for Jimi Hendrix, The Rolling Stones, The Who and countless others.

The 0011 is a painstaking recreation of the channel module from the legendary Helios consoles of the 1960s. H2 Audio's Al Sutton and Tim Mead spent long hours sourcing parts and replicating Dick Swettenham's original design to ensure authenticity. The resulting module is the most sonically accurate version of the Helios 0011 to grace the pro audio world.

This new module features the original Helios 2128 preamp circuit with 70 dB of gain in 5 dB increments. H2 Audio has gone the extra mile and sourced a perfect replica of the Lustaphone input transformer for the mic pre. The Lustaphone input transformer was a crucial component of the sound of the earliest Helios preamps. The mic preamp portion also includes a 20 dB pad and a balanced line in section.

The EQ portion of the H2 Audio 0011 module is inductor-based with selectable LF and MF and fixed 10 kHz HF controls. This section also includes phase control, EQ bypass and a selectable High Pass Filter with the original 40 Hz and 80 Hz filter points.