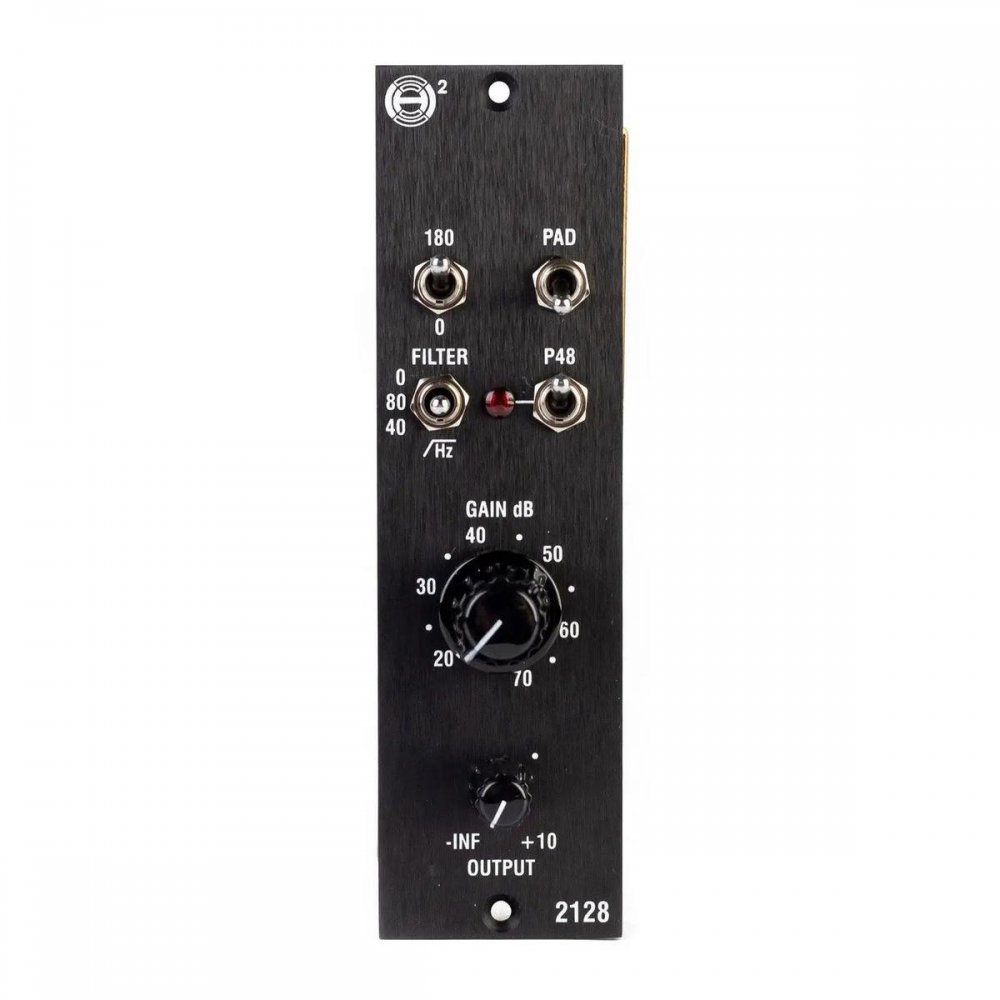 The H2 Audio 2128 is the microphone preamp circuit from the 0011 in a 500 series package. It features the same quality preamp with 70 dB of gain, 20 dB pad, phase control, 48V phantom power and selectable High pass filter. Also added is a Cinemag input transformer, output amp section with transformer out and output fader.

The Helios 0011 "Type 69" channel module was the heart one of the most legendary recording desks of the late 60's British Invasion. Helios is one of the first console manufacturers that mass-produced mixing desks for the recording studio industry in England and eventually worldwide. The list of artists whose music passed through a Helios desk between 1964 to 1980 is staggering, and the sonic characteristics are synonymous with a whole generation of music. H2 Audio has painstakingly recreated the original Helios 0011, adhering to the original design and sound. In doing so, H2 Audio has created the most sonically accurate version of this recording industry legend to date.

Write a review about the H2 Audio 2128 "Helios" Mic Preamps