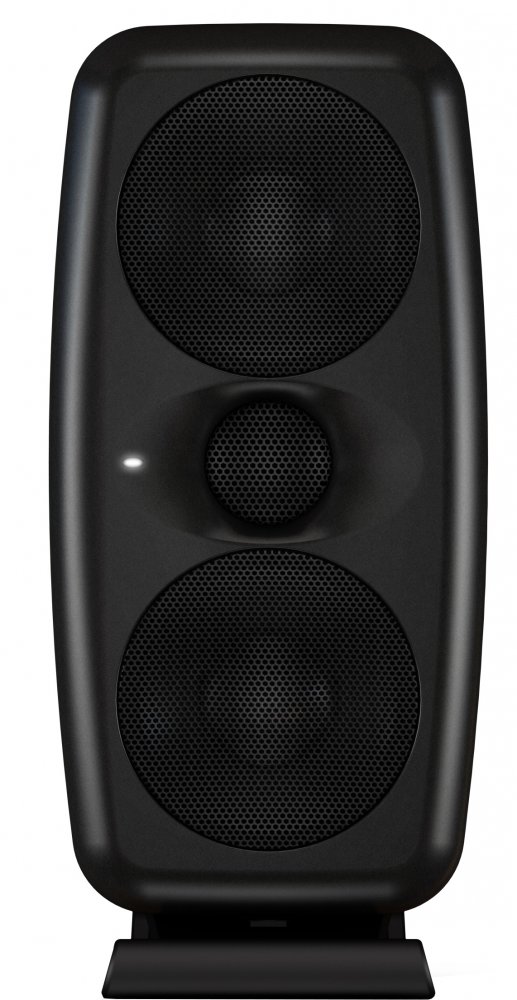 IK Multimedia's patent-pending Physical Response Linearization (PRL) system uses a precise model of the enclosure's design, construction, and materials, combined with electro-mechanical measurements of the real units, to correct the system's performance in real time, which results in a flat frequency response, accurate phase relationships, and a firm, balanced bass output that competes with other monitors that are twice the size.

The MTM features a 100W Class-D biamplifier which drives 70W to the two 3.5" high-performance woofers and 30W to the single, back-chambered silk-dome tweeter, which combine for a frequency response of 40 Hz to 24 kHz and a maximum SPL output of 103 dB. The iLoud MTM offers built-in acoustic self-calibration via the included ARC reference microphone, which automatically adjusts the built-in DSP for true phase-coherency and precise, defined, point-source sound. The rear panel also offers options to further customize user settings including LF extension, LF boost/cut, and HF boost/cut.

The included tilt mount allows you to set an angle from 0 to 20°, which helps isolate the dispersion away from flat surfaces such as desktops or mixing boards. Horizontal support feet are provided and the base includes a thread to mount to mic stands for more installation options. The IK Multimedia iLoud MTM Monitor includes the ARC microphone, an ARC mic cable, a power cord, a tilt stand, a horizontal support, and a locking key.