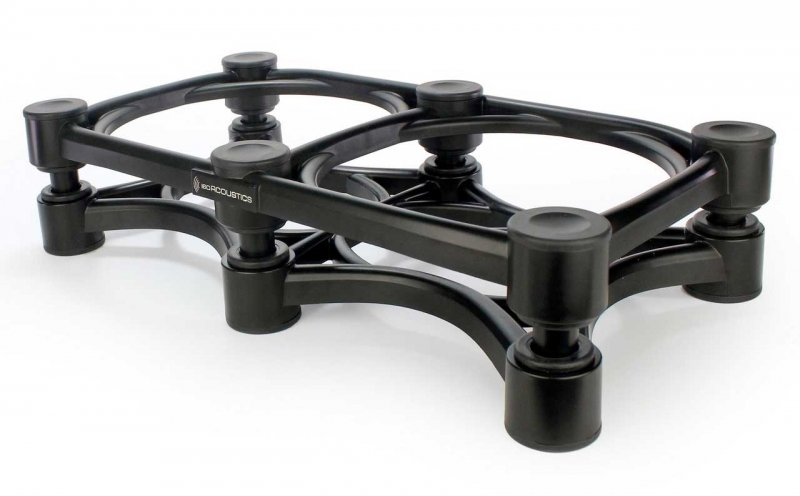 The ISO series is the latest generation of IsoAcoustics stands designed for Pro Audio. The ISO series is an updated version of the popular ISO-L8R series and features a lower profile, new frame design and a newer version of isolator for improved performance.

The ISO-430 features tilt adjustment of up to 6.5 degrees to allow you to easily focus your monitors to ear level. The IsoAcoustics patented isolation system provides superior isolation and decoupling from the supporting surface. The stands are biased to keep all energy in alignment with the listening position, providing greater clarity and focus.

Write a review about the IsoAcoustics ISO-430