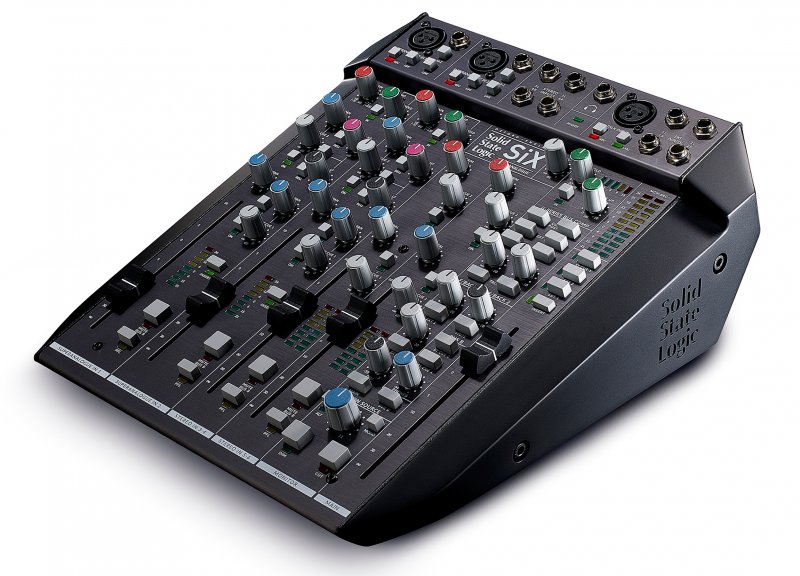 The SSL SiX is a fully-professional condensed console for use in the studio, post-production, on stage and for podcasting.

Small is beautiful...
The SiX may be small, but it is very serious. What follows are the key elements that make it a professional product for the highest quality audio applications.

Fully balanced inputs and outputs
All, and we mean ALL of SiX's inputs and outputs are fully balanced (except the Phones output, of course!). This means professional equipment with balanced connections can be properly interfaced allowing longer cable lengths without noise/hum pick-up penalties and the best signal to noise performance from the whole signal chain.

Short is beautiful...
To provide the purest audio signal paths, SiX has several features not normally found on small footprint mixing consoles e.g. the channel processing is switched, allowing it to be removed from the signal path if it's not being used. Also, the insert sends are always active, meaning that the purest path from Mic Pre to DAW is achieved by using the Insert Send as a direct channel output, with the Dynamics and EQ switched out of circuit. This is one example of how SiX's versatile signal flow can be used. It's definitely worth taking some time to understand the SiX block diagram and reading the examples later in this manual. We hope you'll really unlock the versatility of the console when discovering the many signal paths that are available and the multiple ways they can be used.

Meter scales and response
The upper LED meter points on SiX's main meters have been carefully chosen. The console is designed with a huge +26dBu headroom and the meters have defined segments for +24dBu and +18dBu, this is to match the two most common 0dB Full Scale (dBFS) alignment standards, i.e. European/EBU at 0dBFS=+18dBu and the US/SMPTE standard at 0dBFS=+24dBu. Ensuring optimum performance for convertors and ensuring proper gain structure throughout the signal chain. The meters in SiX have been designed with a fast 'peak' response (rise time to 60% Full Scale Deflection approx 1ms @ 1kHz) and a slower release to meter peaks while still showing useful signal levels.

Power and power management
You will have noticed that SiX is powered by an external power supply. This may not be that convenient, but it significantly helps the design and performance of SiX. It moves the electrically noisy power supply away from the SuperAnalogue circuits that live inside SiX. This allows us to design the internal electronics to have a bandwidth as wide as feasible and thus deliver the great phase and transient response SSL large format console users have come to expect in a very small footprint package. Another thoughtful design feature is how the power rails are gently ramped on power-up to avoid thumps on all outputs.

Write a review about the Solid State Logic SiX

5.0
Mitch Stone
ottawa
April 25, 2019
Game Changer
If your looking for a 96 track mixdown this product is not for you but if you have rented a studio to run stems through a ssl console and then ran into the oh oh I should have mix it differently. I always wish I could afford a ssl so I could mix into it from the start. Read more
This Product is Amazing at summing up stems and giving the sound as much analog saturation, g comp compressor is better than my $3000 fatso bus compressor. This product is definitely a game changer and would strongly recommend to anyone who is serious about achieving a professional sound 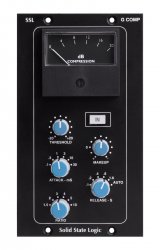