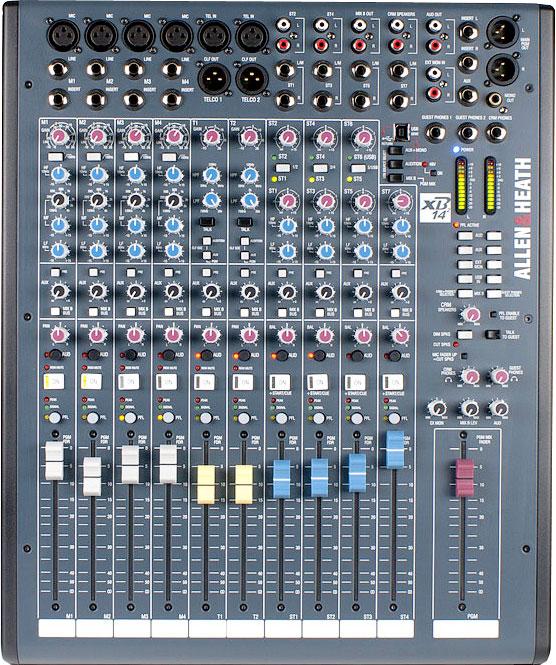 XB2-14 incorporates new features and styling based on feedback from the many broadcasters who have built their operations around the original XB-14. With a wealth of routing options, dual stereo channels for up to 7 stereo sources, and the addition of a dedicated Audition bus, enhanced microphone preamps and stereo channel gain range, XB-142 satisfies the demands of small radio and internet broadcasters as well as larger studios with multiple rooms. With no less than 27 logic I/O for remote control and 15 configuration switches, XB2-14 is a highly flexible solution.

Write a review about the Allen & Heath XB2-14