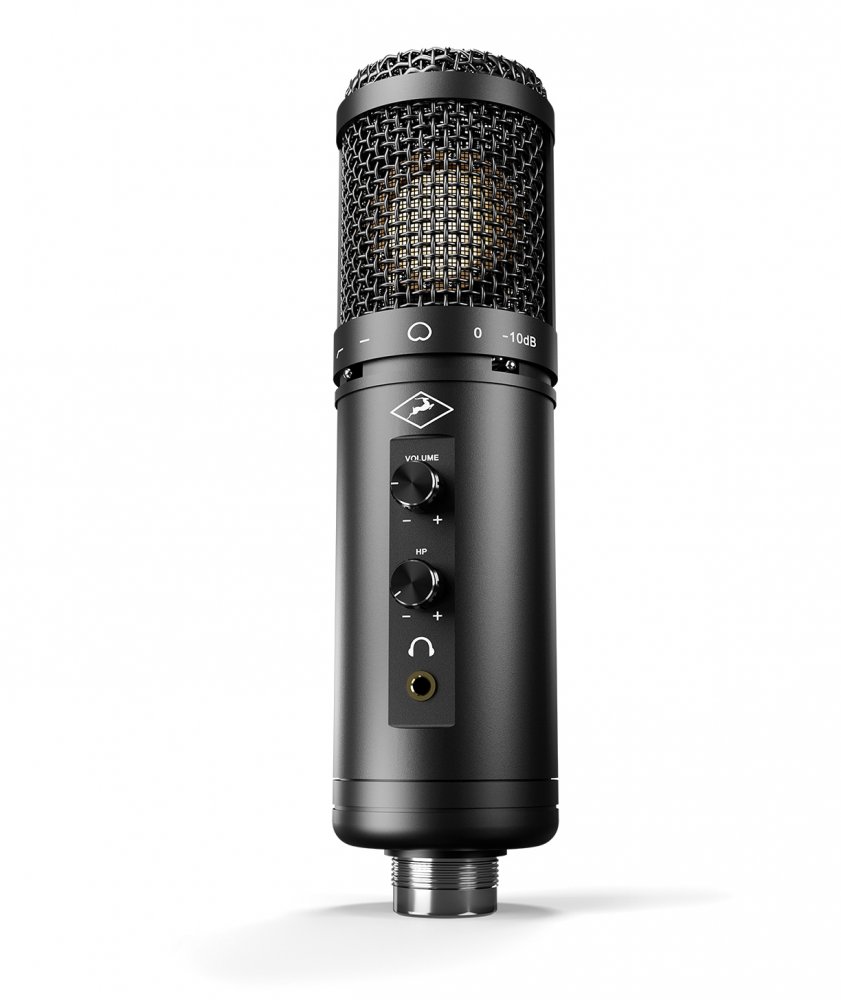 Axino Synergy Core is a revolutionary recording system that combines a professional condenser microphone and an audio interface with advanced processing capabilities. With this singular device, artists and producers can record with incredible accuracy and process audio in real-time. It includes a collection of onboard Synergy Core effects and emulations of classic microphones to elevate your sound to a new level. With Antelope Audio's acclaimed AD/DA conversion and AFC clocking technology, Axino Synergy Core is an essential audio production powerhouse for home studios, streaming channels, and mobile setups.

Your Own Virtual Mic Locker
The Axino Synergy Core uses Antelope Audio's microphone Modeling Engine, which allows you to record with virtual recreations of classic microphones. It comes with 18 emulations* of dynamic, tube, and FET condenser microphones to record and monitor in real-time. This system grants flexible workflow and the opportunity to experiment with different mic emulations to find the perfect sound.

*May also be used as native DAW plugins, iLok 2 or 3 required.

Expandable Synergy Core Effects Collection
Our proprietary Synergy Core platform unlocks access to a selection of real-time effects processed entirely on the onboard DSP & FPGA chips. The device comes bundled with 10 Synergy Core effects specially chosen to enrich any recording. Within the bundle you'll get compressors, EQs, preamps and dynamic processors, perfect for achieving the ultimate radio-ready sound. In addition, over 80 analog-modeled effects are available to purchase from the Antelope Audio Software Store.

Axino Synergy Core is an intuitive system capable of handling streaming, playback, and recording at low-latency. This level of performance holds true for any application, including home recording, streaming and podcasting. The device is designed to propel workflow at multiple angles to allow creativity to take the lead. Whether you're at home or on the road, Axino Synergy Core is the ultimate recording system that does it all.

Write a review about the Antelope Audio Axino Synergy Core