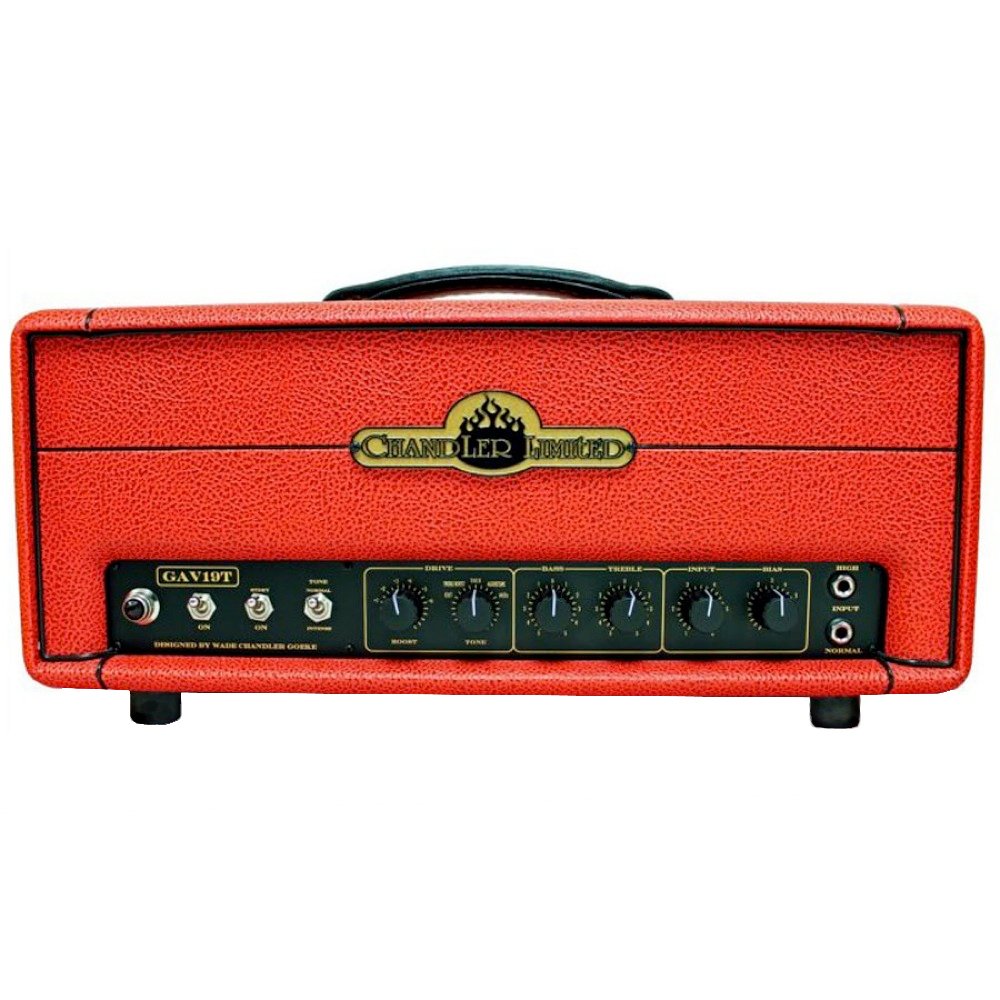 All-tube, 19-watt guitar amp in the vein of such vintage English classics as Selmer, Watkins, Marshall and Vox

The Chandler Limited GAV19T is an all-tube, 19-watt guitar amp in the vein of such vintage English classics as Selmer, Watkins, Marshall and Vox. While this amp borrows some tones from the classics, the heart of the GAV19T circuits are either new circuits developed by Chandler Limited or highly modified vintage circuits. The tube compliment is two EL84s, an ECC83, ECC803, and EZ81.

The control panel of this amp is non-typical when compared to vintage amps. The GAV controls allow you to change the bias of the gain stage for different character, as well as use the intensity switch to add sustain and grit. The drive controls function in the power amp section only and create distortion that never sounds weak or muddy. The tone control is a Baxendall-style eq. It functions like a treble booster pedal that can be used to add sustain and presence.

All-in-all, the GAV is like other Chandler products - full of fat, vintage tone!

Bias
The Bias effects only the bias of the pre amp tube, allowing you to gently tweak its overall tone separately from the power section. You can run the tube hotter or colder and change the responsiveness of the amp as well as effecting the sustain and frequency response. #1 is slight over-biased, #2 is similar to a Marshall bias, #3 is similar to a Selmer, and #4 and #5 are under-biased and add sustain and character to the amp.

Tone Controls
The Tone section of the 19T is a Baxandall style that uses an ECC803 tube. Baxandall was chosen because it best preserved the natural tone of the amplifier. This section is set up to function as a treble boost pedal might be. The boost is considerable and the range wide and it can be used to smoothly drive the amp and color the tone.

The Drive has two controls. #1 is the amount of boost. #2 is the tone of the boost. You can choose four selections or bypass.

Tone - normal or intense
Slightly unbalances the matching of the push pull power section. It removes some low mids as well as making the tone more aggressive and adding some grit and attack to the sound.