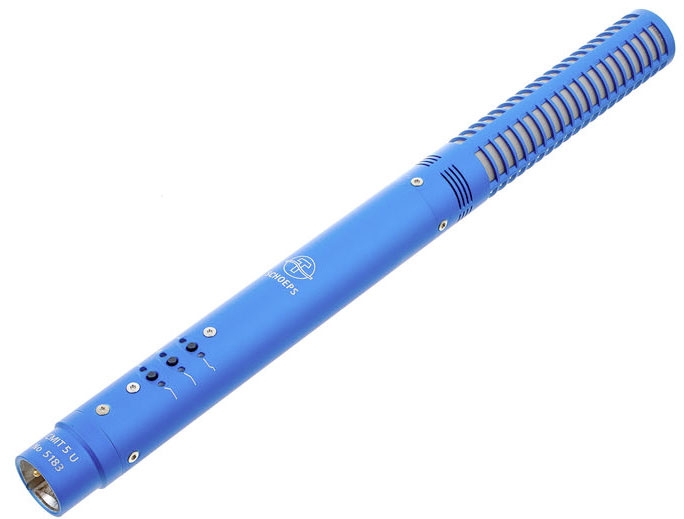 The CMIT 5 is SCHOEPS' shotgun microphone which has set a new standard for shotgun microphones since its release. The CMIT 5's directionality increases smoothly with higher frequencies, which results in a very balanced sonic character. In addition to this, the microphone's sound level decreases softly yet steadily for off-axis sounds, allowing these to be recorded neutrally as well as reducing the effects of movement during boom operation. The CMIT 5 also has a much stronger directionality than one might expect from a microphone of its length. If required, the CMIT 5 can also be used for music recordings, for example opera recordings.

The sound quality of the CMIT 5 remains consistent even if the microphone is rotated on its axis, since its directional pattern is the same in both the vertical and horizontal planes.

Three pushbutton-activated filters allow the microphone to adapt to the recording situation:

The capsule and amplifier of the CMIT 5 U are built as a single unit, unlike microphones of the SCHOEPS "Colette" series.

Write a review about the Schoeps CMIT 5 U